Grab your mate and head to the pub.  The Dads to be of Melbourne are heading to the pub in the name of childbirth.

The Terminus hotel on the 4th Monday of every month from 7 – 9.45pm

Talk to you mates and come along to a session.  Pick up new tips and be an effective helper for your partner in labour.

Hi Erika & Steven, Thank you for the session last night. It was the kick starter I needed to get more involved in the pregnancy journey and my wife is so appreciative!!

Dads are usually overlooked when it comes to childbirth preparation. Yet when it comes to the big day, they need to know how to support their partner through what can be the most physically challenging and emotionally charged event in their lives.

Beer + Bubs is a one-night session held at pubs across Australia.  It’s a national organisation created by Lucy Perry over 10 years ago.  The aim is to give dads to be a place to meet, talk about, learn and support each other as they grapple the reality of becoming a dad and being at the birth of their baby.

“I could see that dads really wanted to be involved in the births of their babies, they just didn’t know how,” says Lucy. “But they like the idea of heading to the pub with a bunch of other men who are in the same boat as them.”

Beer + Bubs has been running in Sydney since 2004, going national in 2009 with dads in all major Australian cities and some regional areas sinking a few beers in the name of fatherhood.

Most men are surprised to learn that childbirth is not a spectator sport and that they can have a profound impact on their partner’s birth experience, helping to make it faster and easier for them. They hear about research showing us that when dads are supported they can better support their partners and contribute to even healthier outcomes for their growing family.

The two-and-a-half-hour session covers what to say and what not to say during childbirth, tips on how to be an advocate for the birthing mother, practical tips on pain management as well as specific recommendations on how to support a woman through each stage of labour, including a caesarean.

The friendly, casual atmosphere of the pub is a great venue for childbirth education. Childbirth is unfamiliar territory for most blokes, so it’s more comfortable for them to be in a relaxed environment to learn about something so foreign!

With limited continuity of care, dads can be the best helper and advocate for their partner during pregnancy, labour and birth.  This session helps them to just that! 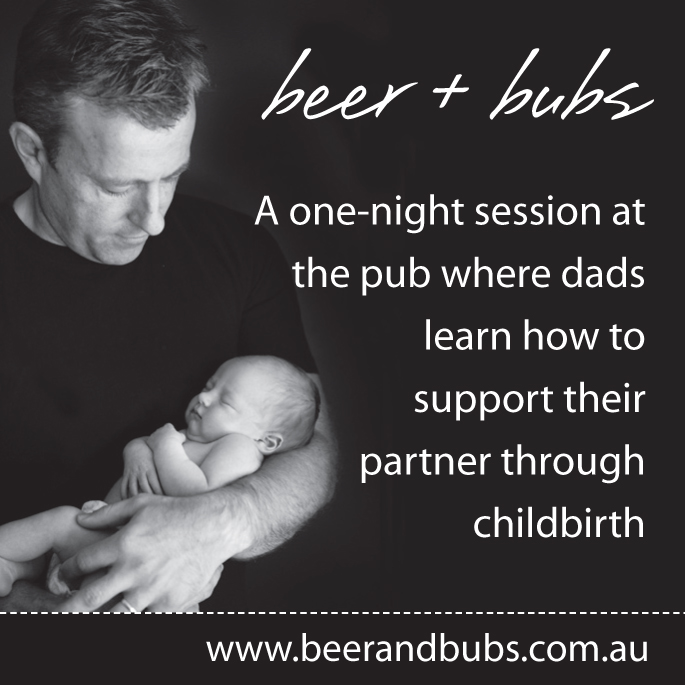 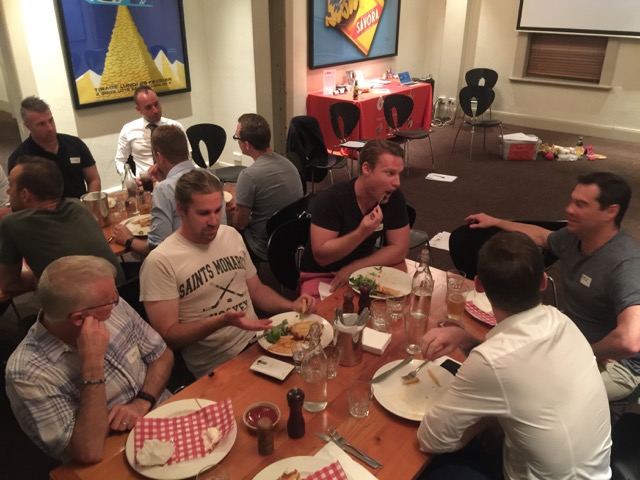 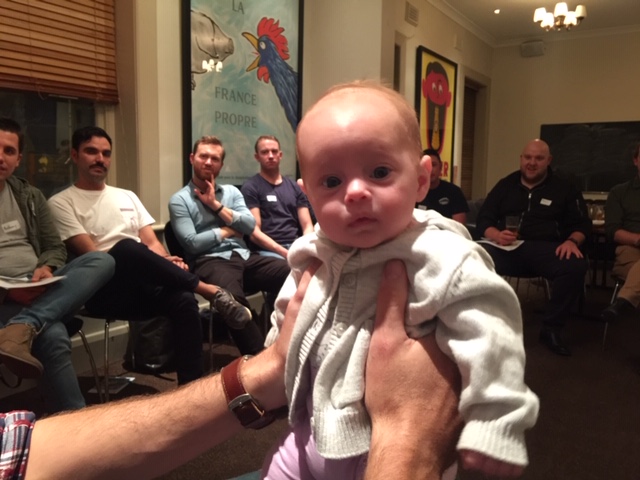 To register now or for more information please Contact us

Even though I’ve been to a few birth preparation classes already,  Beer and bub’s was one of a kind!  The message was specific for us blokes and it gave me a place to hear what other men were thinking and feeling about being at the birth. It normalised some of my worries and gave me confidence knowing I was on right track with the support I was giving my partner and the education I was taking on board. It felt great to feel connected to others in the same life situation. Rick.

This is the 2nd time my husband will attend Beer and bubs because the session really changed his perspective on birth in such a positive way – which I’m so gratetful for! He was such an amazing support during our first birth and I’m excited to see him get all geared up for our 2nd! Kind Regards Naomi 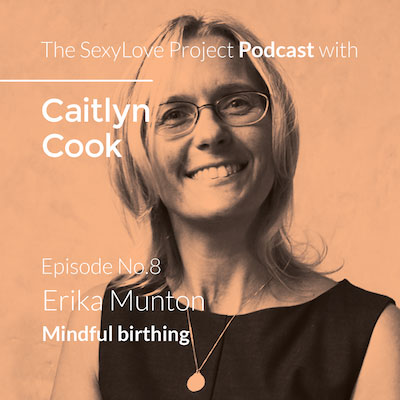 We explore what influences a positive birth outcome and what you can do about it with Birthready Doula Erika Munton.

Birthready. Skills for birth and life.

Get in touch with one of our team members to arrange a private one on one consultation.